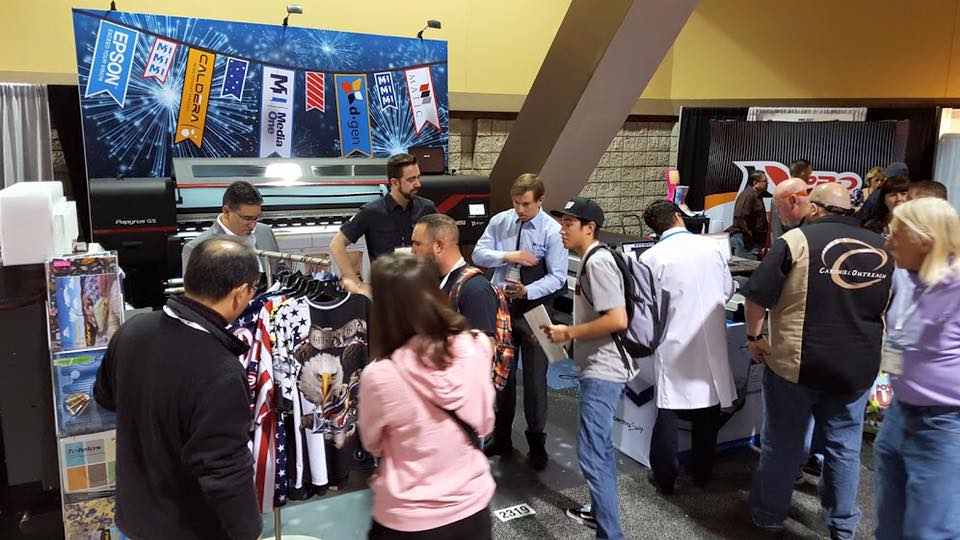 The Imprinted Sportswear Show or ISS 2016 was held at the Convention Center in Long Beach. At the show, Media One floored everyone in attendance with its showcase of the

Other than that, our premium quality Berger and Endutex fabrics pleasantly surprised the decorated apparel industry, who couldn’t seem to get enough of our latest offerings.
For more information about our path breaking equipments and premium quality fabrics and vinyls, contact us at [email protected] 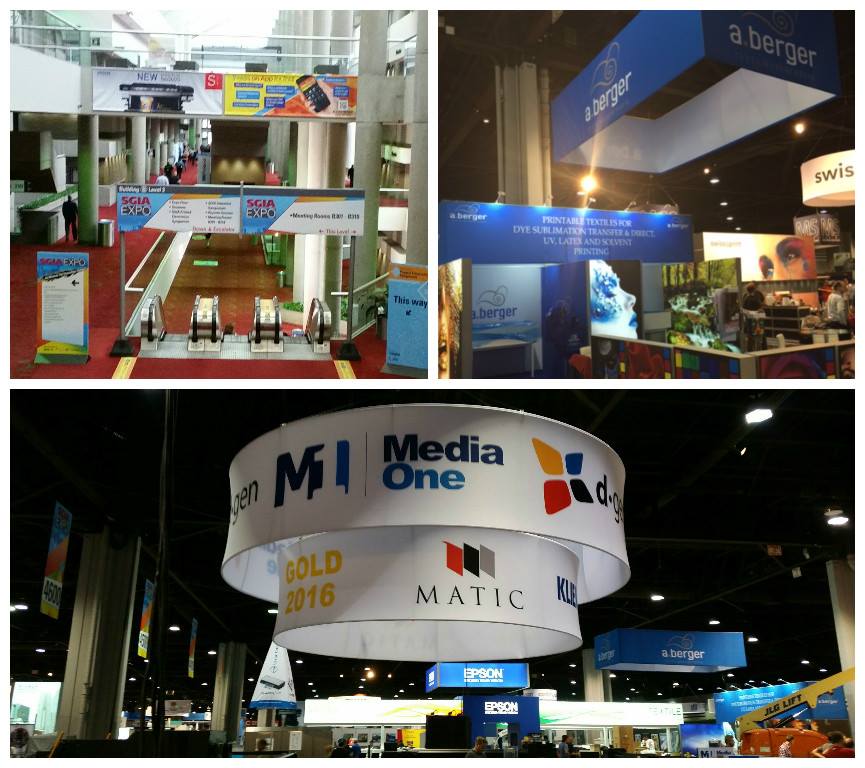 The SGIA Expo 2015 was the biggest show so far for Media One. Everything at this show was huge. From the floorplan, the display and the number of attendees, everything was big.
At this show, we introduced two new printers:

which not only floored the attendees, but were sold on the first day of the show itself.
Our entry for the Product of the Year Award at SGIA 2015 was the Matic Helios Laser Cutter, which managed to enthrall our booth visitors due to its advanced technology, precision and ease of use.
All in all, a sprawling show held in the sprawling city of Atlanta. 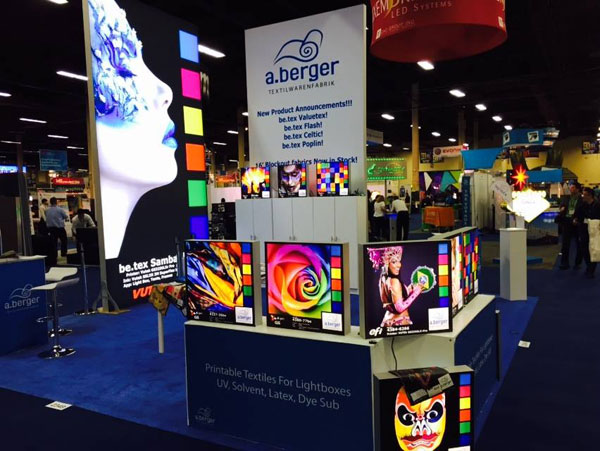 The ISA Sign Expo 2015 was held at the Mandalay Bay Convention Center in Las Vegas.
At this show, we displayed the most advanced printer of our times, the Dgen Teleios G5 along with the Teleios Black 74”.
Apart from these, another highlight of our booth at the show was the award winning Matic Cronos Plus that has revolutionized the textile finishing equipment industry.
This was another successful show and added one more feather to our hat.
For more details about these equipments contact us at [email protected] 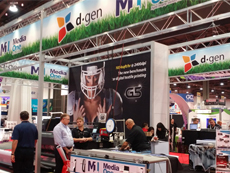 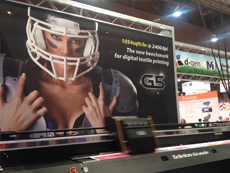 The SGIA show 2014 at Las Vegas was as huge and flamboyant as the city hosting it. We at Media One were especially excited about this show because we had more than one reason to feel so.
We showcased the Dgen Teleios G5 - The fastest and most advanced printers of our times for the first time at SGIA Expo 2014. And guess what... we manged to sell a few at the show itself.
The Matic Cronos Sewing machine that seems to amaze our customers with its high speed and efficiency was another highlight at the show. The other attractions of our show were the Dgen Teleios Black and the Klieverik Heat Press.
All these machines were tested with our advanced and premium quality Berger fabrics at the show itself.
We would like to thank all who attended the show and made it a huge success.
And of course a big thanks to all our loyal customers, without whom we wouldn't be. 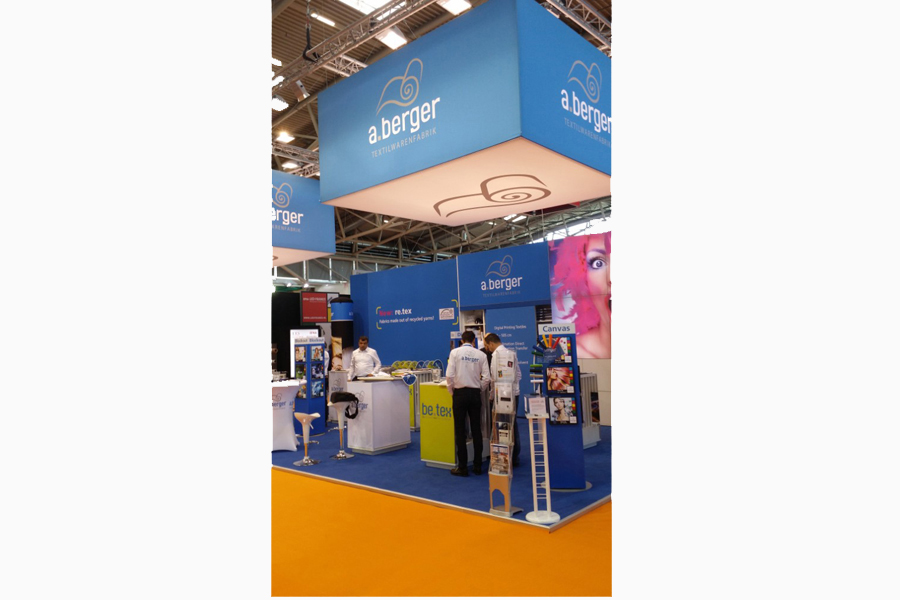 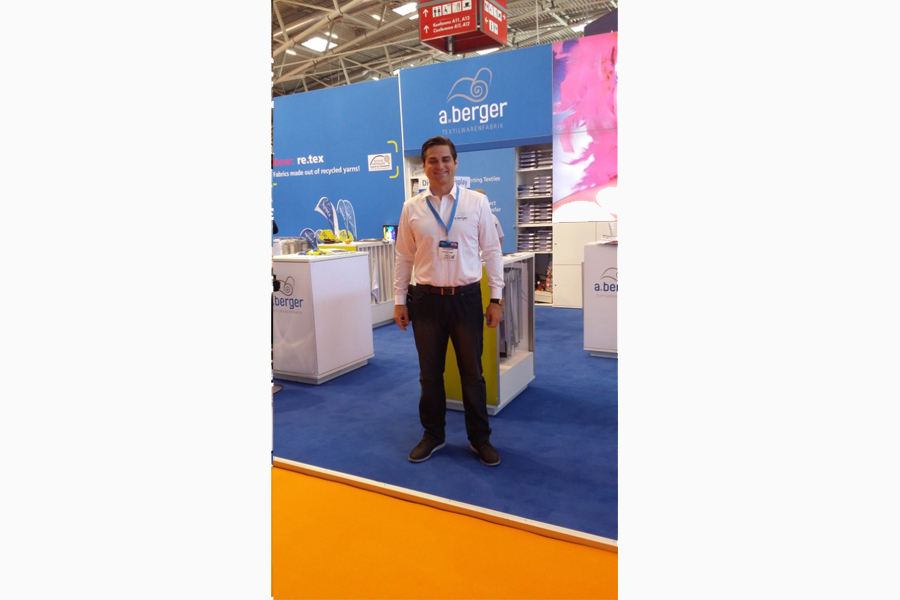 FESPA Digital 2014 concluded in the beautiful city of Munich. And what an event it was! At this event 500+ Global brands participated, and Media One was one of them. Media One announced their new range of products and solutions at this event which awed everyone. They were:

Heres to new beginnings and new collaborations. To know more about the pathbreaking printers Teleios Grande and Teleios Black, please call or email us. 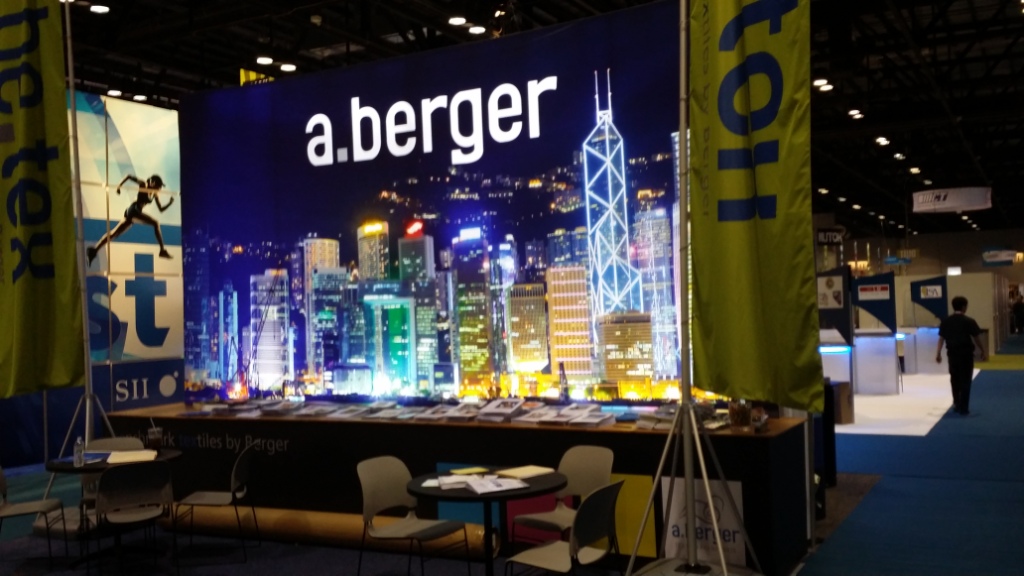 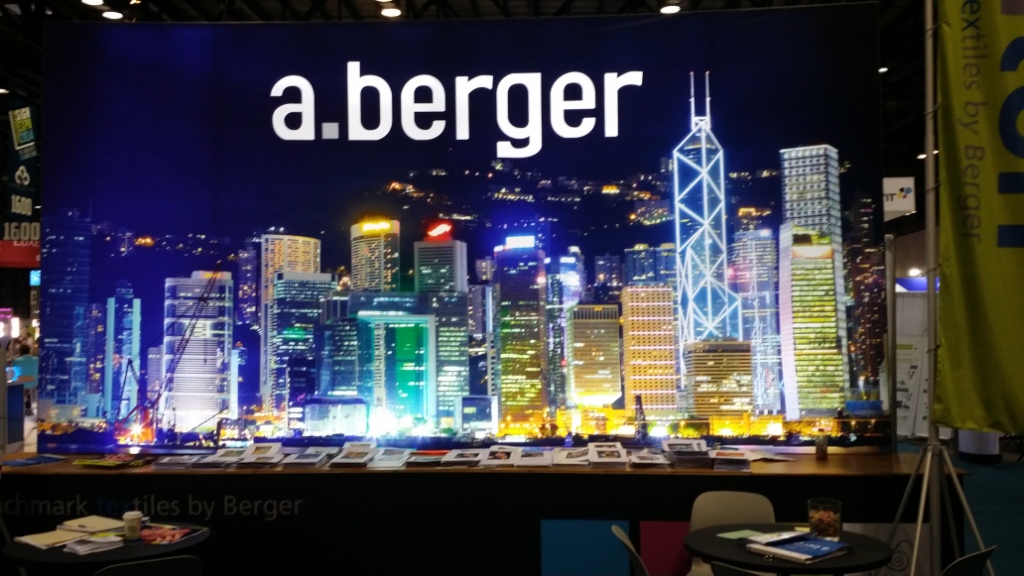 An exciting show at the ISA Sign Expo every year has become a habit for us. And this year was no different. We educated our visitors on how our Direct-to-Textile Printers and Advanced Digital Fabrics can revolutionize their business. But the icing on the cake was our Trade Show Special Discount on the Teleios Black Printers. All in all, it was a successful and fun event. 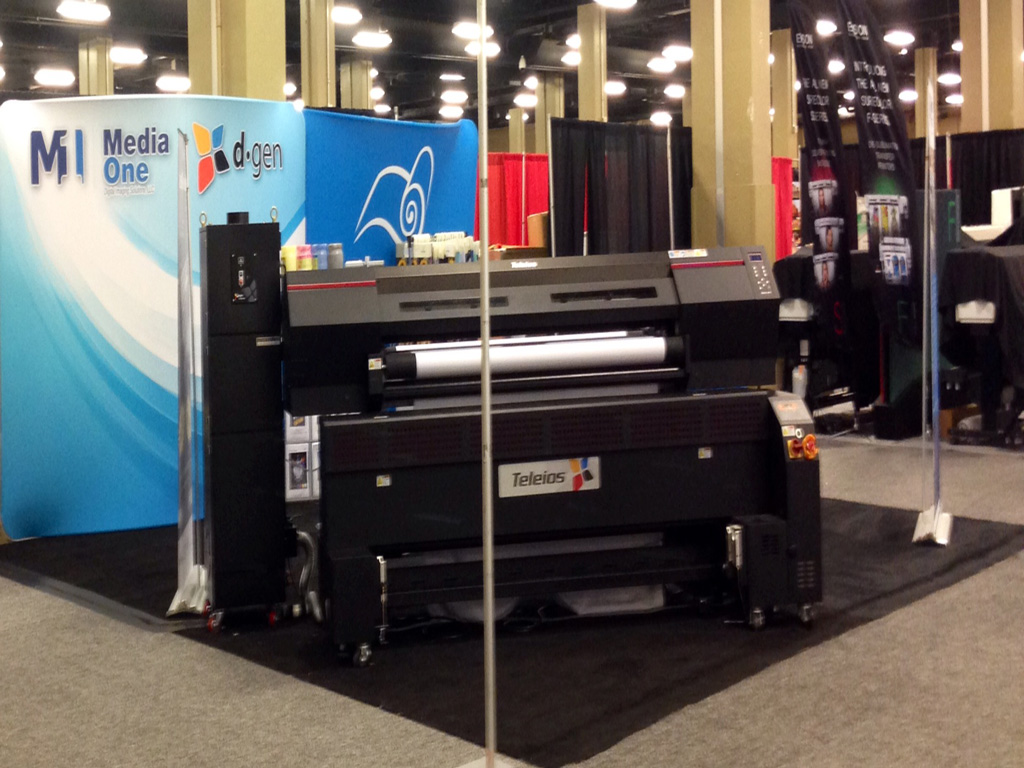 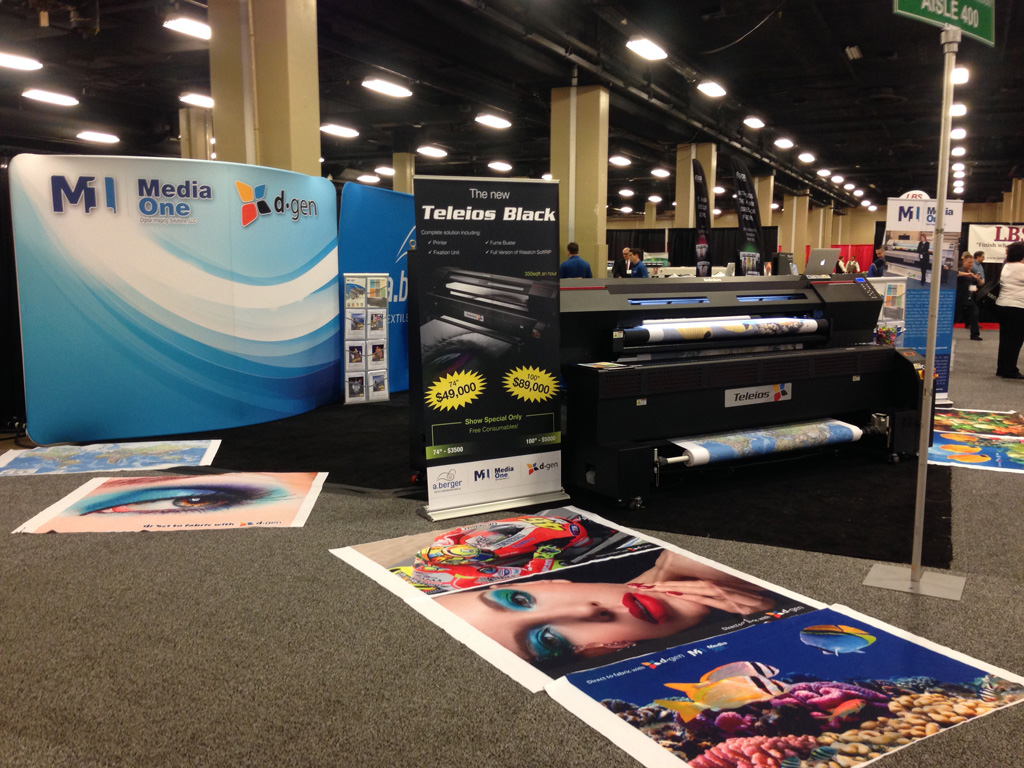 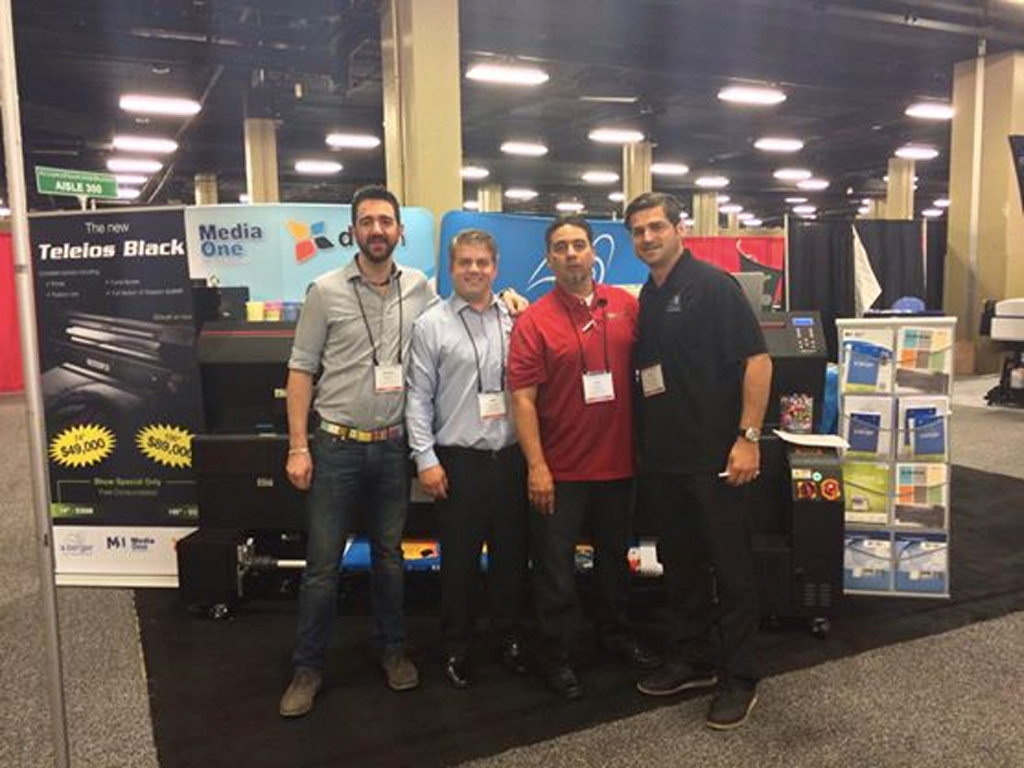 Media one was at the recently concluded AFB 2014 at Nashville, and what a show it was. Numerous people, numerous products and numerous deals. Our Teleios Black was the star of the evening as more and more people were first curious and then surprised at its performance. All in all it was a great show and we enjoyed ourselves thoroughly. To know more about our printers and top fabrics, please call or email us. 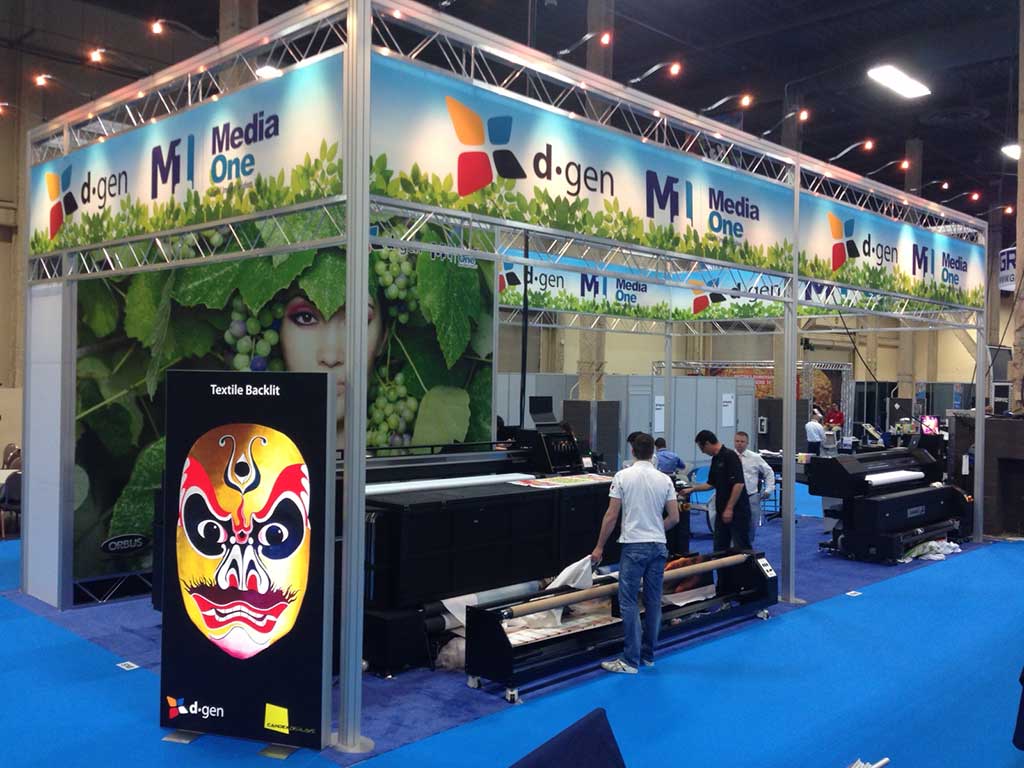 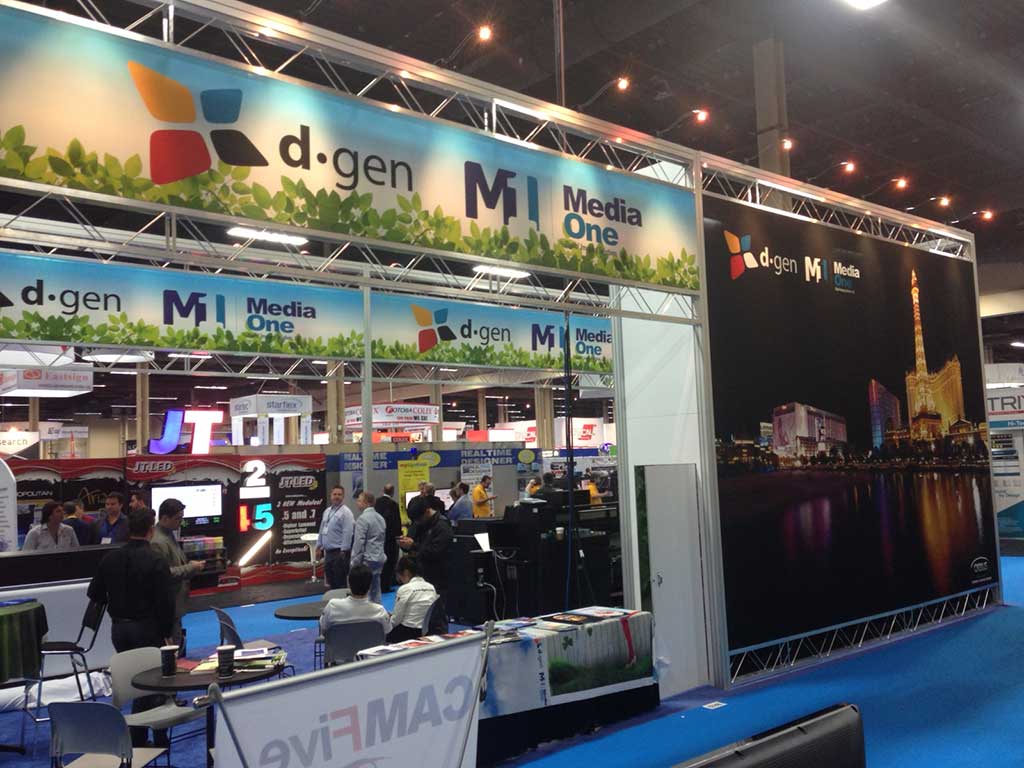 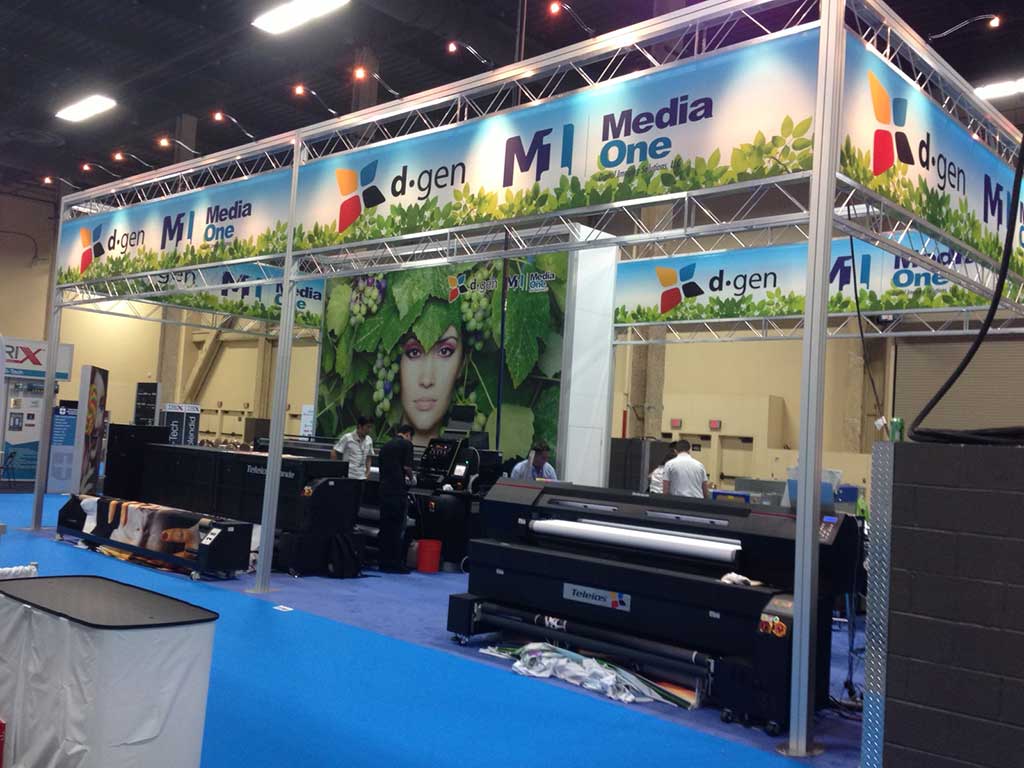 We are just back from the successfully concluded ISA show in Las Vegas. With such an overwhelming response we are humbled. Our Dgen Teleios Grande and Teleios Black were an instant hit with all our audiences. This show was not only about flaunting our capabilities but building new relations and venturing new areas. The hard work and perseverance of our team over the last few months culminated in a successful show at the ISA. We thank all who participated to make this show a walkaway. But more so, we thank YOU - Our Customers for making Media One a name to reckon with. 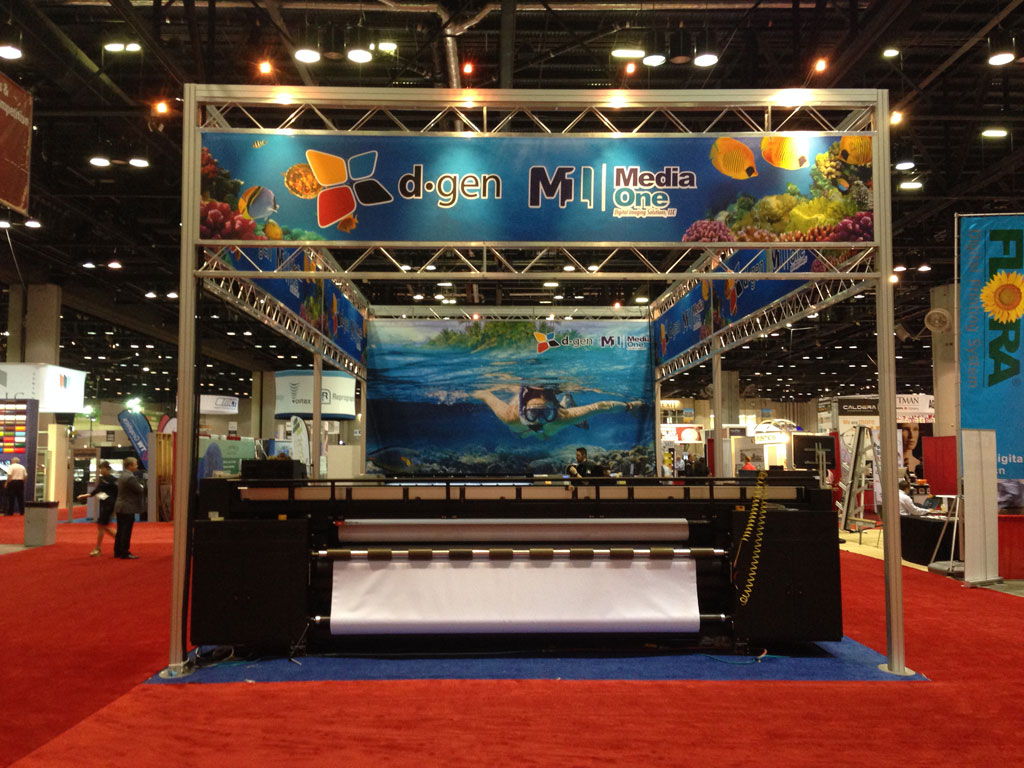 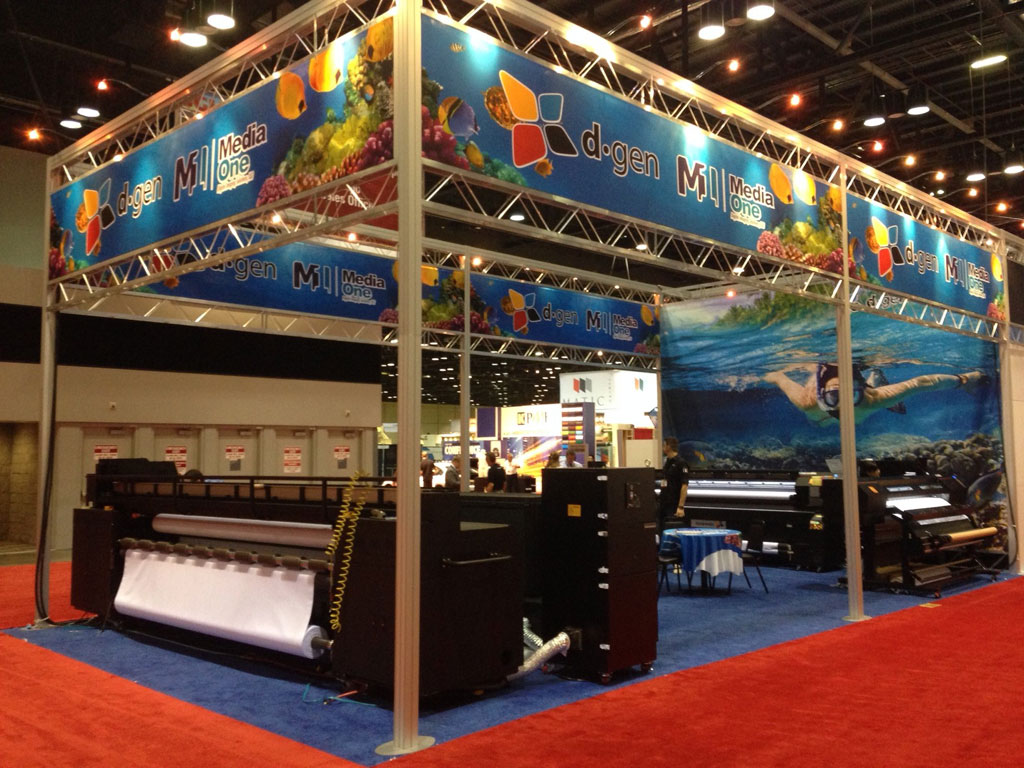 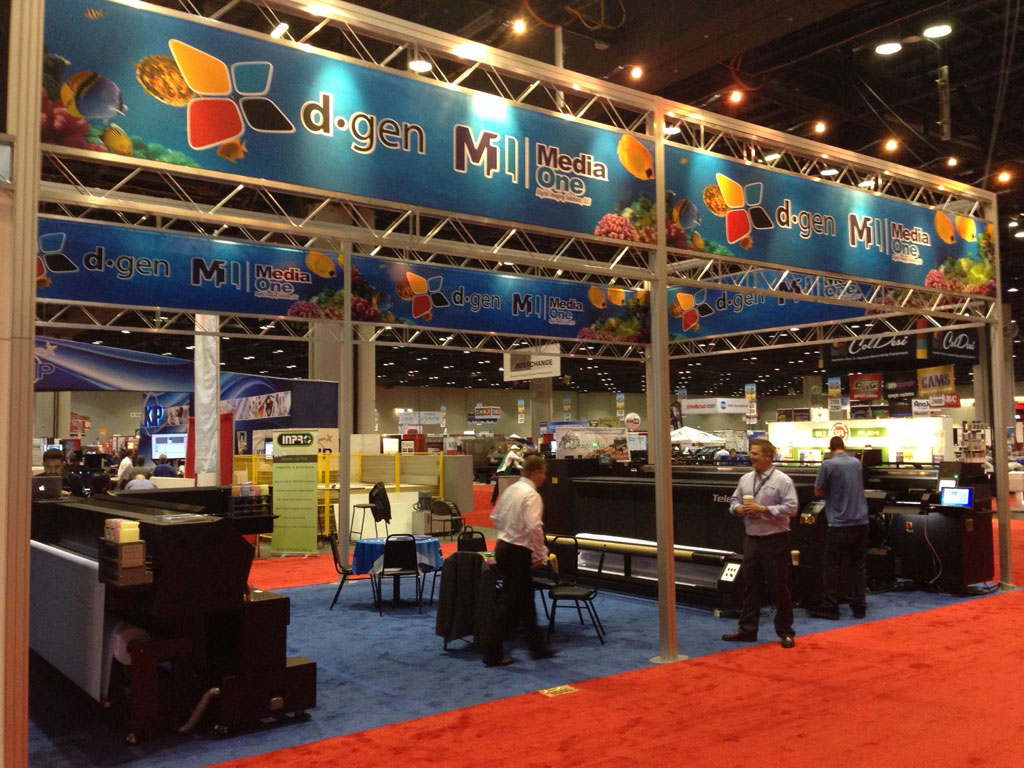 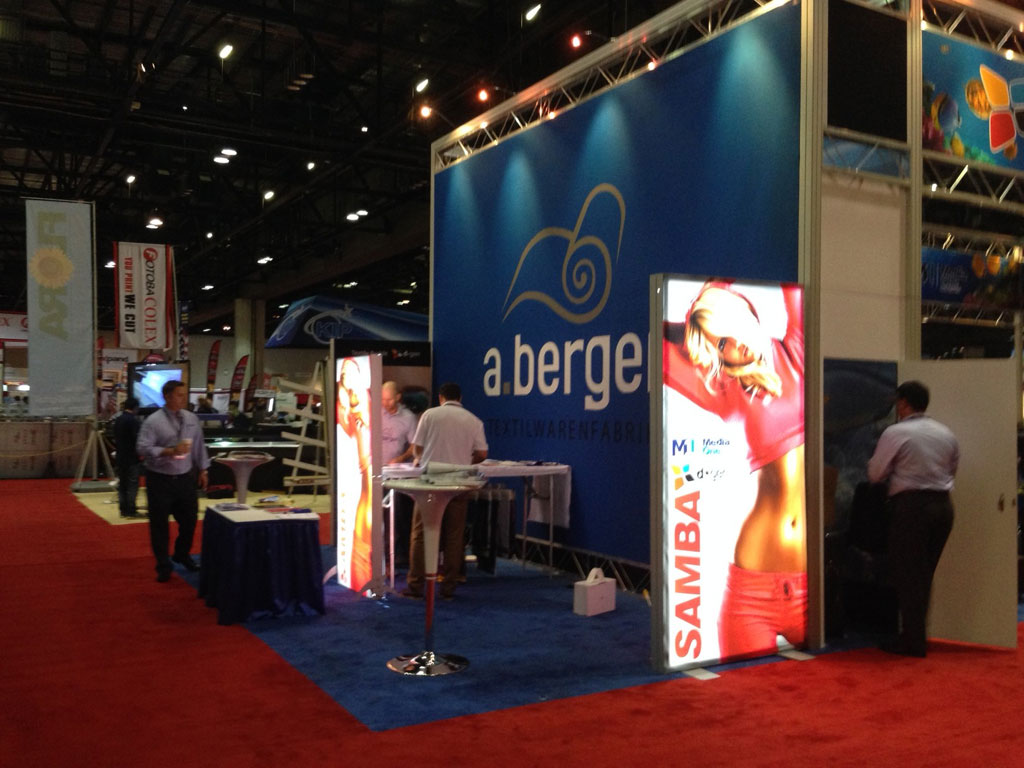 The SGIA Show At Orlando was a huge success this year as well. Our Dgen Teleios Grande and Teleios Black again enjoyed most popularity just like we had expected. Tradeshows are always a good platform to showcase your strengths, but for us that is not the only agenda. For us it is meeting new people and partnering with interesting people so as to give our customers nothing but the best. We thank everyone especially the Media One Team, who participated to make this show Smashing Hit. But we want to convey our Special Thanks to our Esteemed and Supprtive Customers, without whom we wouldn't be. Your trust and support humbles us each time and we only wish we can support you back by helping your business grow.